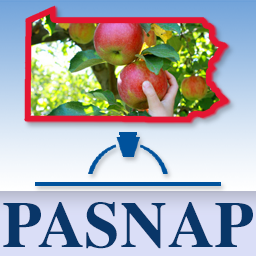 Yes, You Can Text This Number to Find Free Summer Meals for Hungry Kids

Yes, You Can Text This Number to Find Free Summer Meals for Hungry Kids

A quick text message can help families locate nearby federally supported summer meals sites, which are designed to meet the nutritional needs of children who rely on school lunches and breakfasts during the school year.

Text "food" or "comida" to 877-877 and you will receive a prompt to reply with your address or zip code. The service then pulls active summer-meal sites from a U.S. Department of Agriculture database and sends you a list of nearby locations.

The service, created by the No Kid Hungry organization, has been around for a few years, but it's enjoyed a recent boom of sharing on social media. In the era of "fake news," some have questioned if it is too good to be true. Those concerns even prompted the fact-checking siteSnopes.com to write a post about the service, confirming that it's real.

Update: Some readers have pointed out some glitches in the sites the text service recommends to them. You can also find nearby summer meals sites on the USDA website. No Kid Hungry tells me that the sites are only listed when they are active, which is usually after school is out in your area.

Summer meal programs, hosted by schools and approved non-profit organizations, offer free meals to children in areas where 50 percent or more of students qualify for free or reduced-price lunches. In some cases, those meals are offered from trucks and buses that go into low-income neighborhoods where children may lack transportation to meals sites.

More than half of U.S. public school students now qualify for free and reduced-price lunches, a common marker of poverty for schools. But child nutrition advocates have said some families who could benefit from the summer food program don't know about it.

"Last year, for example, only about 16 percent of the kids who rely on free/reduced meals during the school year were getting meals in the summer," No Kid Hungry says in a release. "One major obstacle: Many families either don't know the program exists or don't know how to find sites."

The texting campaign joins a host of other publicity efforts designed to boost participation in summer meal programs in recent years.

In 2016, the program received 55,000 texts from users in every state, a six percent increase over the previous year, organizers said.

Try it out yourself. I texted the zip code of Education Week world headquarters, and I've embedded the response above.